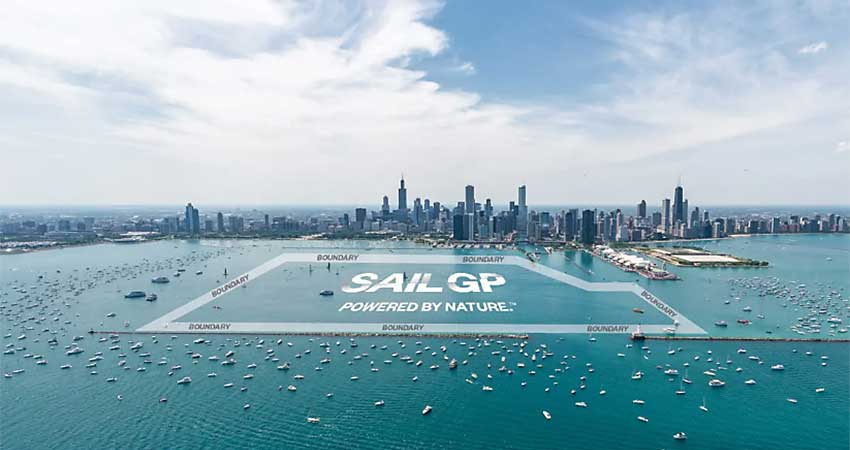 SailGP announced today that Chicago has been selected to host the United States Sail Grand Prix at Navy Pier, June 18–19, 2022 as the league unveiled the first eight cities that will launch the global racing league’s expanded Season 3 race calendar.

SailGP is one of the fastest emerging properties in world sports featuring exciting, up-close action as teams race identical F50 catamarans — a highly-technical, hydrofoiling race boat that boasts highway speeds — in an annual global championship held in some of the most iconic cities around the world.

Featuring 10 national teams comprising the best athletes in the sport representing the United States, Great Britain, France, Denmark, Spain, Japan, Australia, and New Zealand, plus two new franchises from Canada and Switzerland, the F50s will race on Lake Michigan directly in front of the Chicago skyline, marking the first time the championship has ever competed on freshwater.

The U.S. Sail Grand Prix Chicago at Navy Pier will be the second event in Season 3 and is part of a two-year hosting agreement between SailGP and the city to bring the world’s most exciting on-water racing to the Midwest.

Navy Pier has partnered with SailGP to serve as the central race village for the spectator-focused racing including ticketed viewing areas, entertainment, and on-shore and on-water VIP hospitality opportunities for fans to watch both days of racing unfold on the Chicago harbor racecourse.

“I am thrilled that SailGP has chosen Chicago to host the U.S. Sail Grand Prix at Navy Pier,” said Chicago Mayor Lori E. Lightfoot. “Our striking skyline along Lake Michigan at Navy Pier is a gorgeous and dynamic location perfectly suited to bring sailors and revelers together for this exciting race. I look forward to welcoming this event, and in the future, we hope to attract more sporting events to Chicago.” 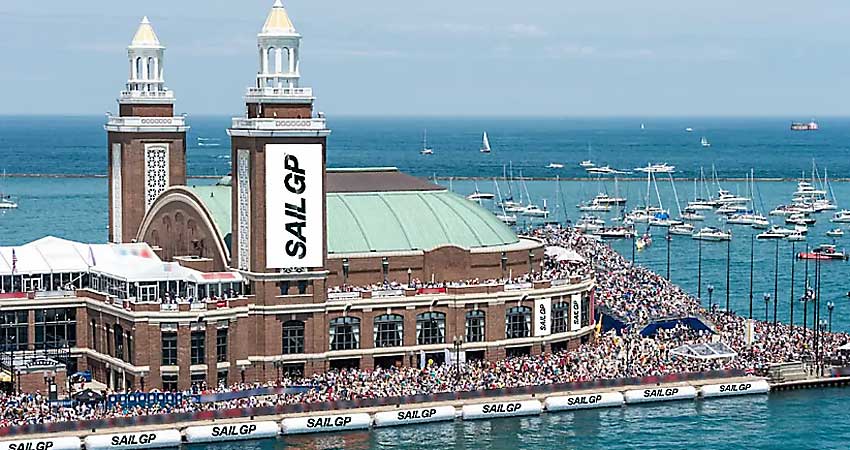 Navy Pier President & CEO Marilynn Gardner commented: “Navy Pier is thrilled to partner with SailGP to bring this extraordinarily exhilarating event to Chicago. It’s been said that a sailor is an artist whose medium is the wind, so the Windy City must be the greatest canvas in the world. We can’t wait.”

The addition of Chicago in Season 3 further bolsters the league’s growth in the North American market, complementing existing events in Bermuda and San Francisco, in addition to the other global venues, announced including Copenhagen, Plymouth, Cadiz, Saint Tropez, Dubai, Sydney, and Christchurch, New Zealand.

“Chicago’s reputation as an incredible sports city is second to none and we cannot wait to bring the most exciting racing on-water to the skyline racecourse in front of Navy Pier,” said SailGP CEO Sir Russell Coutts. “SailGP’s close-to-shore action has thrilled fans around the world and we couldn’t think of a better venue to further our expansion in North America.”

With the biggest names in professional sailing representing teams from around the world, the United States SailGP Team, led by two-time America’s Cup champion Jimmy Spithill, is expected to draw significant hometown support.

“We are absolutely pumped to be going to Chicago,” said Spithill. “Racing in front of Navy Pier is about as good as it gets and it will feel like a home event for us. The city has some of the greatest sports fans in the world and they’re going to be blown away by what they see when we come to town.” 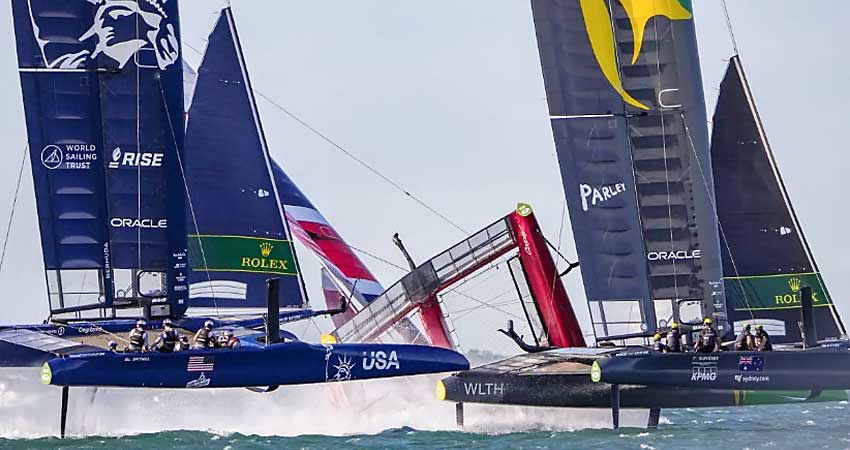 The American team’s roots in Chicago extend beyond just the race course. The U.S. SailGP Team partnered with the Chicago Yacht Club — alongside the Chicago Park District and the Jackson Park Yacht Club Foundation — to bring its Foiling First initiative to the city. Alongside team partners RISE and World Sailing Trust, Foiling First aims to advance diversity and inclusion in the sport with youth from across the lakefront as part of the league’s #RacefortheFuture.

“We are thrilled to be part of SailGP’s global championship for Season 3. Chicago has the best sports fans in the world, and we’ve been waiting for the right opportunity to welcome back major international sailing to Chicago,” said Executive Director of the Chicago Sports Commission, Kara Bachman. “As we saw with the hosting of the America’s Cup World Series, Lake Michigan and Chicago’s iconic skyline set an incredible backdrop for the world’s best sailors to compete.”

Additional information including details on tickets and hospitality opportunities will be released in early 2022. Click here to receive updates about tickets and further U.S. Sail Grand Prix Chicago at Navy Pier announcements.

For more information and to follow all the events, visit SailGP

*Further events will be announced to complete Season 3, which will conclude April 2023 and is expected to comprise ten events.

Subscribe to our newsletter and stay up to date with our latest news and deals.